Every foreign body in our organism is attacked by the immune system-like an invading microbe, plant pollen or chemicals. This process is also known as inflammation.

While the acute inflammation is important and crucial for the healing processes, the chronic inflammation can cause many diseases. It can lead to ailments like atherosclerosis, osteoporosis, arthritis, Alzheimer’s disease, food intolerances, diabetes, heart diseases, fibromyalgia and cancer. It also speeds up the aging process.

Many people are facing chronic inflammation because of the modern way of life and diet habits. This condition is caused from sugar, hydrogenated and trans fats, processed sugar, malnutrition, stress, pollution, obesity, heavy metals and exhausting exercises because they cause overactivity in the immune system, and this results with joint ache, fatigue and damage to the blood vessels. 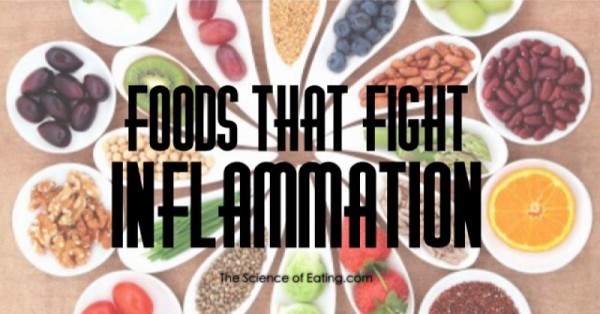 So, the foods that cause or contribute to inflammation are the same foods that are bad for our overall health. Foods like red meat, refined carbohydrates and processed meats, and drinks like soda are all included in these harmful foods.

There are foods that raise the risk of chronic ailments like type 2 diabetes and heart ailment, which is also related with excess inflammation. This shouldn’t surprise us due to the fact that inflammation is crucial underlying mechanism for the appearance of diseases.

Unhealthy foods cause weight gain, which also leads to inflammation. Still, in few studies the experts considered obesity as a factor for inflammation, but the relation between foods and inflammation remained. This is a proof that weight gain isn’t the sole driver. Some food components have apart effects on inflammation over and above increased caloric consumption.

Avoid or reduce the intake of these foods:

Nutrition is the best way to prevent any inflammation on your cells. In order to fight the inflammation in your body, you should consume these foods in your everyday diet.

The fatty fishes like mackerel, tuna, sardines and salmon are rich source of omega-3 fatty acids which are very helpful in the fight against inflammation. In order to receive the benefits, you should eat fish few times a week, and you should cook it healthy, or with other words to boil it or bake it. FYI is diet that is too rich with omega-6 fatty acids (included in processed foods and vegetable oil) cause inflammation. In case you don’t like to eat fish too much, you can use fish-oil supplements.

According to several studies the vitamin E plays a crucial role in protecting the organism from pro-inflammatory molecules. The dark green veggies are the richest sources of vitamin E, like spinach, broccoli, kale and collard greens. Dark green vegetables and cruciferous vegetables have increased levels of minerals and vitamins such as iron, calcium and ailment-fighting phytochemicals, then the vegetables with lighter-colored leafs.

The nuts are full with healthy fats-especially almonds. Nuts are great source of fiber, calcium and vitamin E. Walnuts include high levels of alpha-linoleic acid which is a type of omega-3 fat. All nuts are loaded with antioxidants, which are very helpful when our body fights against inflammation. The antioxidants are also very useful in repairing the damage caused by inflammation. Nuts (together with the fish, leafy greens and whole grains) are the main components of the Mediterranean diet, which has been proved that decreases inflammation within six weeks.

All of the foods that are considered as heart-healthy diet are effective against inflammation, and that includes healthy, plant-based fats such as olive oil. According to a Spanish study from 2010, the Mediterranean diet’s countless health benefits are thanks to the liberal use of olive oil, particularly the extra-virgin olive oil. The ingredient oleocanthal, which gives olive oil its flavor, has similar impact as NSAID painkillers in the organism.

You will be much safer from inflammation if you consume whole grains instead of refined bread, cereal, white bread, rice and pasta. This is because the whole grains contain more fiber, which diminishes the inflammation in the blood. They also contain less sugar.

A study conducted at Harvard University in 2013 proved that not all products marked as “whole grain” are healthier than the refined counterparts. In order to get the right products, you should search for the products with a whole grain as the first component, without any sugars added.

All fruits are helpful against inflammation, because they contain small amounts of fat and calories and are rich with antioxidants. But the blueberries are considered as the most effective fruits for this problem because they have strong anti-inflammatory properties. This is because of the anthocyanins included in them, and the potent chemicals that give their rich color.

According to some studies the red raspberry extract protects the animals from getting arthritis and the blueberries are helpful for preventing intestinal inflammation and ulcerative colitis.

It was proved that the tart cherry juice is able to diminish the inflammation in lab mice’s blood vessels by 50%. The athletes are using it for better performances and lowering their use of anti-inflammatory pain medications.

The experts advise consummation of 1.5 cups of tart cherries or drinking 1 cup of tart cherry juice daily. Make sure they are tart, because the sweet cherries don’t have the same effect on our body.

These vegetables are known for their strong anti-inflammatory and immunity-boosting properties. It was proved that the garlic acts similarly as NSAID pain medications like ibuprofen, closing the pathways that lead to inflammation.

Onions have anti-inflammatory chemicals, like phytonutrient quercetin and the ingredient allicin, which breaks down in order to create free radical-fighting sulfenic acid.

Few studies proved that isoflavones, or estrogen-like ingredients included in soy products, can assist reduce the inflammation levels in women. The Journal of Inflammation released an animal study back in 2007 where it was revealed that isoflavones are helpful for decreasing the negative effects of inflammation on bone and heart health in mice.

Keep in mind that you should avoid heavily-processed soy as much as you can, which will not provide you with the same benefits because it contains additives and preservatives. You should consume more soy milk, tofu and edamame.

It is known that some milk products can stimulate the appearance of inflammatory diseases like rheumatoid arthritis, because some people are allergic or cannot tolerate casein, which is the protein included in dairy products. But, the people who can bare it, some dairy foods are good sources of nutrients. Foods rich with calcium and vitamin D, such as Greek yogurt are beneficial for most of the people. Greek yogurt also includes probiotics, which are helpful for diminishing gut inflammation.

In addition to their anti-inflammatory characteristics, it is very useful to intake enough calcium and vitamin D in order to firm your bones, and the reduction of cancer and other health risks.

Colorful peppers, tomatoes, squash and leafy vegetables include high amounts of antioxidant vitamins and reduced levels of starch. You can find the bell peppers in different colors, while hot peppers (cayenne or chili) are full with capsaicin, which is an ingredient added in topical creams that decrease the ache and inflammation.

Anyway, peppers are nightshade vegetables, and some doctors state that the peppers are able to promote inflammation in people who suffer from rheumatoid arthritis. What is good for one individual, can be bad for another, so you will just need to be careful with your diet and your symptoms, and consume what is good for you.

Tomatoes also belong in the group of nightshade vegetables which are also helpful in decreasing the inflammation in some persons. The red tomatoes are full with lycopene, which is very effective in decreasing inflammation in the lungs and the whole body. You should know that cooked tomatoes include even more lycopene than in the raw forms, which means that the tomato sauces can be helpful too. In a study conducted in 2012 by the Iranian experts was discovered that tomato juice intake is very beneficial for our body.

The wonderful red color of this vegetable is thanks to its strong antioxidant properties. Beets and beetroot juice are very effective in decreasing inflammation and preventing cancer and heart ailments, because of the high amounts of fiber, vitamin C and plant pigments.